Each year a few high profile legal cases move to the state’s highest court, the SC Supreme Court. However, rarely do they involve agriculture! That is not the case this year, as one ag-related case has already been before the Supreme Court, and now the Court is re-hearing the case!

The case boils down to an issue that involves something every farmer needs in order to prosper—water! A combination of recent droughts in the state and the establishment of a commercial potato farm in Aiken County have focused a lot of attention on water withdrawals by agricultural entities. A state law that passed in 2010 tightened the permitting of water withdrawal for industries, but for the most part, exempted agriculture from any withdrawal restrictions.

The plaintiff in this case is Darlington County resident Ben Williamson who relies on the water from Black Creek, the small river that his family has used for generations, to quench the thirst of his cattle. Williamson fears that large water withdrawals from “commercial” agriculture will siphon off the water and reduce the water levels of our state’s rivers. 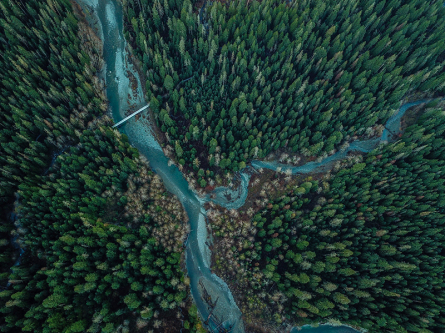 Photo by David Kovalenko on Unsplash

If successful, Williamson’s court challenge would mean tighter restrictions for potentially hundreds of farms. Collectively these farms siphon 68 billion gallons from S.C. streams and rivers every year. After the Supreme Court hearing, Williamson said, “What I’m opposed to is the state giving away our water. Water is a public resource.’’

In July 2017, the Supreme Court ruled against Williamson and property owners from Greenville and Bamberg counties. In September, however, it agreed to reconsider the case which prompted the January hearing. The court does not routinely rehear a case, but it is allowed, if the court didn’t fully understand something during an earlier hearing. The key question is whether the 2010 SC surface water law contains measures that protect rivers, even as it gives some breaks to large commercial farms.

The next step in the case is for the Supreme Court to rule on whether it will reverse its July decision. It is impossible to know how the court might rule, but a decision isn’t expected for months. The court’s willingness to hear the case was significant.

However, freshwater rivers, like those named in the lawsuit, are not protected through “public trust’’ laws the same way that tidal rivers and estuaries are protected. It was also emphasized that Williamson hasn’t shown that anyone downstream is suffering from upstream withdrawals of water by large farms. “This is a theoretical challenge despite what they say. It’s about injuries that may never happen,’’ claimed the state’s attorney.