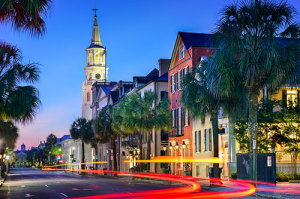 Held July 21-23 at the Francis Marion Hotel in Charleston, SC

SCSA does the Charleston

The 2016 convention kicked off Thursday evening with an informal drop-in for early arrivals. On Friday morning, members were engaged in an intensive Tech Workshop, and they received an insight into several marketing and research issues facing the industry. The Clemson Roundtable was conducted by Dr. Chris Ray and his colleagues, who outlined some of their research challenges and prospects for agricultural research.

The opening reception on Friday night was a rousing success. Attendees enjoyed refreshing cold drinks and were able to renew old friendships while making new acquaintances.  The highlight of the evening was the SC Seedsmen’s Association’s Awards Dinner.  The gourmet dinner featured a special recognition for leaders in our association and in the seed industry.

A special presentation was given by Harry Ott, President of the SC Farm Bureau Federation. President Ott covered the agricultural policy gambit from local, state, national and international. His key message was to be involved in the political process. In order to have their concerns heard, the agricultural industry has to be at the table!

President Ott indicated that at the local level agriculture had to have its radar up to watch County Councils as they try to expand funding sources, as the State has been quick to cut local funding from the state. Agriculture enjoys both low property taxes and abundant tax deductions. These could be under the magnifying glass in the coming years at the state and local level. The SC House has appointed a study committee to look into modernizing the tax system at the state level.

On the national/international front, Ott warned that there is a growing need for a “Guest Worker” program to be sure American crops get harvested, even though there is a lot of attention on Mexican immigration today. He also indicated that there was a strong need to pass the TPP (Trans Pacific Pact) trade agreement. Time is running out and the national election may determine whether it passes Congress this year.  The TPP has many positives for opening up trade to US agricultural products in the Pacific Rim countries. President Ott also voiced concern over the latest consolidation of seed companies. Does this help the U.S. farmer?  He suggested that when farmers prosper the agricultural input industry prospers!

Seedsman of the Year

Mr. Dan Pitts with Monsanto was honored as the 2016 SCSA Seedsmen of the Year. Dan originally from Tuscaloosa, Alabama has spent his career in the seed and ag chemical industry.  He began his career in the industry working for Rohm & Hass in 1982. He then moved on to FMC to work as their Station Manager in Sparks, GA. In 1997, he joined Monsanto as Bollgard Specialist for coastal states. In 2012, he was promoted to Insect Management Technical Support Specialist where he provides field support and product positioning for insect control in cotton and soybeans.

Dan is a past president of the SC Seedsmen’s Association and has been a very active member of the Executive Committee. He has worked diligently to secure outstanding speakers for the annual convention. Dan is rotating off the SCSA Executive Committee this year.  Thanks for a job well done! 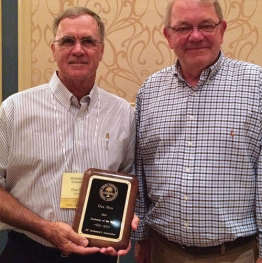 The SC Seedsmen’s Association presented its 2016 Honorary Member Award to James “Wig” Weathers of Weathers Farm Supply near Walterboro, SC.  This award is presented annually to an individual that has “rendered outstanding service to the association and to the seed industry.”

Weathers Farm Supply grew out of a farming business which the family still operates today. The business provides farm inputs and seed processing. Founded in 1968, the business is a truly family run business.  Mr. Weathers, his wife, his dad, his brother and his son are all in the business. One of the basics of their business is to conduct business the old-fashion way.  A handshake is as good as a contract, the customer comes first, and customer loyalty to the business is cultivated and valued. The business stills relies on the use of paper and pencil to conduct business – no need for computers here. Stepping through the doors is like going back in time to a simpler and more personal business that we all experienced growing up, but is hard to find today! 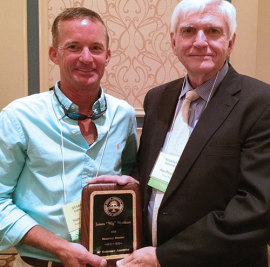 Mr. Tom Booth of Pennington Seed (retired) was recognized for his lifetime of achievements in the seed industry. Tom’s life revolves around the seed industry. He began his professional career working with Brooks Pennington in Madison, GA back in 1946 in Pennington’s retail store. As the business thrived, Pennington decided to open a Grain & Seed Wholesale Division in Columbia, SC in 1955 and Tom was chosen to manage the new facility. And as they say, the rest is history!

Tom held about every position in the company from truck driver to Vice President. There was no greater supporter of the seed industry to be found!  Tom has several passions: the seed industry, Clemson football, and the SC Seedsmen’s Association.  Tom has served as SCSA Past President (1964), Honorary Member (1979), Seedsmen of the Year (1984), and Necrology Chairman: 1989-2016. Most of us have spent our tenure with the SCSA trying to stay out of Tom’s SCSA Necrology Report.

They don’t make association members like Tom Booth anymore!  He epitomizes an engaged member - always willing to help!  The SCSA is fortunate to have him as a member. 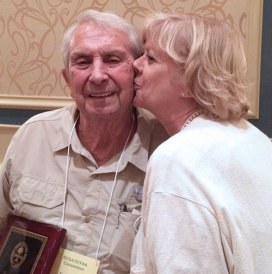